Did you know that your version of Internet Explorer is out of date?
To get the best possible experience using our website we recommend downloading one of the browsers below.

Kathy Gregory has over 20 years of executive leadership experience in the lending industry. She is the founding President and CEO of Paradigm Quest Inc. Paradigm was incorporated in 2004 and launched to market in 2005. It was the first mortgage BPO in Canada and the first to provide end to end Private Label mortgage products in Canada.
Kathy was ranked #1 in Profit Magazine’s “Ones to Watch” in the 2009 publication of Profit’s Top 100 Women in Canada. She has led Paradigm to final nominations in two categories of the industry’s most prestigious awards ceremonies in 2009 - Best Industry Service Provider and Best Employer.
In 2010, 2012 and 2014, WXM ranked her as one of the "Top 100 Most Powerful Women in Canada."
Kathy is the past President-Elect of the Canadian Institute of Mortgage Brokers and Lenders (CIMBL) and has served three years on the Board of the Executive Committee of the Young President Organization (YPO) in the Upper Canada Chapter. She is the Founding Chair of the Mortgage Industry Ontario Ladies Charity Golf Tournament, & BC Ladies Charity Mortgage Industry Event, 2007 – 2011. She was awarded the Best Community Service Effort Award of Year at the 2011 Canadian Mortgage Industry Awards.
In 2012, under Kathy's leadership Paradigm was ranked in PROFIT 200 as one of Canada’s fastest growing companies by PROFIT Magazine. In the same year, at the Canadian Mortgage Industry Awards, Paradigm Quest was Awarded "Employer of Choice."
In 2013 Paradigm was ranked in PROFIT 500 as one of Canada's fastest growing companies by PROFIT Magazine. In the same year, Kathy was honoured with her induction into the Canadian Mortgage Hall of Fame. More recently, Kathy was the recipient of the 2018 Ernst & Young Entrepreneur Of The Year (Ontario) award in the Financial Services sector.

Donald Zuill has over 10 years’ experience in various financial real estate and outsourcing companies. He is the former CFO of a major Canadian provider of residential real estate valuation. Donald is a member of the Institute of Chartered Accountants of Scotland.

Prior to joining Paradigm Quest, Sharon was Managing Director, Alternate Mortgage Delivery at a major Canadian bank, where she was responsible for the management of the Proprietary Mortgage Sales Force. Prior to managing the Proprietary Mortgage Sales Force, she managed the Mortgage Broker Channel as well. Sharon has over 30 years’ experience in the Canadian Financial Services Industry.

Prior to joining Paradigm Quest, Rich was Vice President, Retail Risk Management for a major Canadian bank. Rich was responsible for managing credit, operational and fraud risk in the retail bank sector. Rich has over 25 years’ experience in the Canadian and U.S. mortgage industry. 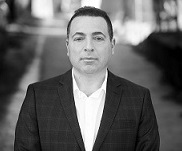 Sam Stravato is an accomplished Financial Services executive with more than 20 years of domestic and global experience leading technology strategies and highly successful teams that deliver business confidence. Sam is a recognized innovator and change agent with skills and leadership abilities to deliver collaboration and execution. Sam's leadership beliefs hinge on empowering individuals to own their growth, and that partnerships with internal stakeholders drives execution excellence. Prior to joining Paradigm, Sam held a number of increasingly senior roles including Chief Technology Officer for AIC Mutual Funds, and Chief Information Officer for TransUnion Canada.

Moe's career in residential mortgage lending spans decades, having worked with both traditional and non-traditional mortgage lending products. Moe is a startup specialist with significant experience expanding U.S. mortgage originators into Canada. He has held senior-level executive positions with B2B Bank, AGF Trust, Wells Fargo (Canada) and Xceed Mortgage Corporation (XMC). Moe is experienced at working with federal and provincial regulators on B-20, stage rating and other relevant matters.

David has held notable leadership roles in financial services including CIBC and most recently Genworth Canada. David brings a very deep and broad level of experience as a proven leader as well as mortgage credit, process innovation and in particular, a keen focus on constantly improving the client experience. His accomplishments include but are not limited to, successfully developing and implementing business continuity plans in response to economic conditions,  and developing enhanced application queuing focused on first touch resolution to expedite approvals, reduce underwriting turn around time and improve productivity. 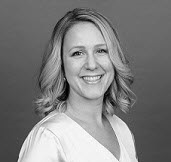 Rachelle brings a wealth of experience to this role, which she previously held, and implemented the groundwork resulting in its expansion over the course of her departure.  Her previous and extensive experience with Paradigm includes being a founding employee in 2005, various roles in Credit Operations,  being the first inside sales DBD at Merix Financial, followed by leading our first Innovation and Evaluation project team.  Her management experience includes, VP of Eastern Credit Operations in 2015, and Manager to VP Customer Service and Retention in 2016. She returns to Operations following her role as SVP Of Merix Originations, where she achieved numerous and tremendous success stories.